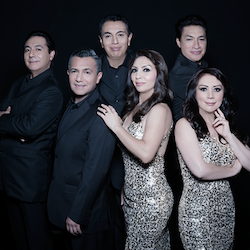 Hailing from Iztapalapa, Mexico, Los Ángeles Azules are cumbia’s largest exponents worldwide, having taken their music to the most important stages and international festivals such as Vive Latino and Coachella.

Recently, the group was recognized with the Premio Lo Nuestro- Cumbia Legacy Award.