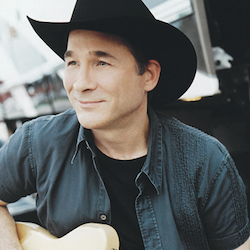 Tickets available at the Fox Theater box office, Charge By Phone 661-849-4369 or online at ETix.com.

CLINT BLACK IS BACK. THE MULTI-MILLION SELLING COUNTRY MEGA-STAR IS RELEASING ON PURPOSE, HIS FIRST FULL-LENGTH ALBUM OF NEW SONGS IN A DECADE AND HE’S DOING IT ON HIS OWN TERMS.
“To me, it’s only a ‘comeback’ in that I’m putting out something new,” says the award-winning singer-songwriter. “As someone who has never stopped working, I don’t see me as having gone away, as I tour extensively, write and produce for television, films as well as other artists.”

During his hiatus Black was courted by the majors (labels). All of them wanted him to sing other writers’ songs, but Black insisted on writing his own, as well as to being his own producer.

“I really don’t want to conform to what other people think I should be doing with my music,” he says, bearing no ill will to major music corporations. “Instead, I’ll take my chances just being me. So I ended up just walking away from those opportunities. Our journey took us to Thirty Tigers Records, where I really feel I can be myself.”

Black’s On Purpose compiles a strikingly diverse group of his self-produced songs. His ballads “Only One Way to Live,” “Stay Gone,” “Breathing Air” and “The Last Day” have never cut deeper, while his spirited “Beer” and “Better and Worse” are among the most upbeat songs he has ever crafted. “Time For That,” “Doing It Now For Love” and “Summertime Song” are catchy examples of how groove-soaked his music can be.

The lilting “You Still Get to Me” marks Black’s third duet with his wife, actress Lisa Hartman Black. “Calling It News” is a wry, topical statement. “The Trouble” is colored by Australian slang.

These new songs continue a stellar career. To date, Clint Black has sold more than 20 million albums worldwide and racked up 57 charted singles, 31 top-10 hits and 22 number-one smashes. Recordings such as “A Better Man,” “Killin’ Time,” “Like the Rain”, “When I Said I Do” and “Nothin’ But the Taillights” have led to honors from from the Country Music Association, The Academy of Country Music, The Grammys, and the American Music Awards, as well as membership in the cast of the Grand Ole Opry.

Raised in the suburbs of Houston, Texas, Clint Black is the youngest of four brothers. He began performing with brother, Kevin at the family’s backyard barbecues. After high school, he worked construction for a year and spent 10 years on the local nightclub circuit. He auditioned for a Nashville recording contract in 1988. The following year, he led a movement of young talent that transformed country music into a multi-million dollar industry in the 1990s.

“I don’t really feel like I was leading a change in country music,” he remarks. “It just felt like big success to me. I would hear things like, ‘So-and-so is going to record, and they’re using their own band because you did.’ Or, ‘So-and-so wants to write more of their own songs, because you did.’ But I don’t feel like I changed anything, other than contributing my work to the big picture. That’s my humble assessment of it. It’s hard to look at myself and see the impact I’ve had. I do know that my songs have touched a lot of people.”